. . .  with an aside on Frantz Fanon and Edward Said 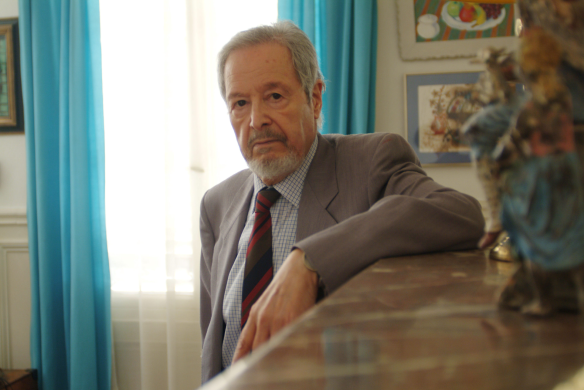 I read a couple of days ago of the passing of Albert Memmi, the Tunisian-born Jewish novelist, political thinker, sociologist, and essayist who exiled himself to Paris after Tunisia’s proclamation of independence in 1956.  At his death, on May 22 on the outskirts of Paris, he was just a few months shy of being 100 years old.  I found myself surprised at reading his obituary in the New York Times, if only because it has been years since anyone had ever even mentioned him; to be brutally honest, having known him of him as a writer who had been most active, as I thought, in the 1950s and 1960s, it never occurred to me that he might still be living.

I was first drawn to Memmi’s work upon reading another extraordinary dissection of the psychology of colonialism, The Intimate Enemy:  Loss and Recovery of Self under Colonialism (1982), by his somewhat younger contemporary, Ashis Nandy.  By the mid-1980s, when I first encountered The Colonizer and the Colonized, published in French in 1957 as Portrait du Colonisé précédé du Portrait du Colonisateur, Memmi’s star had already faded—at least in the English-speaking world.  In one respect, the partial obscurity into which he had fallen was surprising considering that, in the wake of the publication of Edward Said’s Orientalism (1978), the study of colonialism had acquired a fresh lease of life and yielded rich and rewarding insights.  This was the heyday of postcolonial studies, and I recall distinctly thinking to myself after reading Memmi:  why do we not hear of him more often?  On the other hand, it wasn’t surprising to me at all that Memmi had not so much fallen into disfavor but rather been, as it were, eclipsed—not by Said, whose treatment of colonialism was quite different from that of Memmi, but rather by Fanon.

Fanon is still widely read; he was certainly something of a rage then, all the more so because his works had received the imprimatur of many of the “giants” of postcolonial theory, among them Said and Homi Bhabha.  Fanon had become the left intellectual’s favorite anti-racist thinker by then and Bhabha had furnished the introduction to a new edition of Black Skin White Masks that appeared from Pluto Press in 1986.  Said was by the early 1990s the éminence grise of postcolonial studies: though Culture and Imperialism is a wonderful read, among other things a demonstration (dazzling at times) of how empire informed literary works that seem to be at great remote from that ugly enterprise, Said by that time had fallen into the habit of issuing lists of works that those animated by anti-colonial thought perforce had to read.  Memmi was in that list, but barely:  he gets a paltry mention or two; but Fanon, by contrast, is all but the unstated hero of Said’s book and page after another is given over to him, because, as Said was to aver, “more dramatically and decisively than anyone, I believe, he expresses the immense cultural shift from the terrain of nationalist independence to the theoretical domain of liberation” (p. 268).

In his better moments Fanon had held to the view that “an army is never a school for war, but a school for civics”, but his enthusiastic embrace of the Front de Libération Nationale, which was fully committed to armed revolutionary warfare, suggests that he was wholly prepared to condone violence in the name of liberation.  The militants who assumed power in Algeria after the revolution had, in any case, scant regard for the nuances and deft psychological readings found in Fanon’s work.  They unleashed a vicious cycle of violence that would in time bring to power the Islamic Salvation Front and engulf Algeria in a bloodbath.  The postcolonial theorists love to read Fanon, and have lionized him:  meanwhile, he was being shred to pieces, not so much by his conservative critics, but by the alleged revolutionaries on the ground whose language was fundamentally one of terror.  Nothing that happened in Algeria appears to have unsettled Said, whose readings of Fanon, and indeed of Algerian nationalism, show a blissful unawareness of what was transpiring on the ground.  Though Said rightly excoriated European Orientalists, arguing that their readings often tell us little about the “Orient” and far more so about the intellectual milieu from which the Orientalists came, his own writings betray a profound unease with, and ignorance of, anything except the Western intellectual tradition. I am tempted to say, though I shall doubtless invite the severe censure of some, that Said was an Orientalist in his own fashion, enamored of textual criticism and little mindful of “the oppressed”.  His essay on “The Quest for Gillo Pontecorvo”, collected in Reflections on Exile (Harvard University Press, 2000), is revealing in this respect.  There is almost nothing in the essay about The Battle of Algiers, or even the Algerian War of Independence:  Said is focused almost exclusively on the legendary film’s Italian director.  Perhaps we should not be at all surprised by this, considering that Said could make the astonishing (and patently incorrect) observation in Orientalism that “by the time of the Bandung Conference in 1955 the entire Orient had gained its political independence from the Western empires” (p. 104).  Algeria did not become independent until 1962.

What Said could not get himself to say about Fanon was said unsparingly by Memmi in an essay entitled, “The Impossible Life of Frantz Fanon” (1971):  “When social despair is too great, men succumb to the temptation of messianism. They are gripped by a lyrical fever, by a manicheanism that constantly confuses ethical demand and reality . . . Frantz Fanon’s success is probably due more to this uncompromisingly prophetic attitude than to his particular theses or the correctness of his analysis. So that here, as in the rest of his life, it is his failure itself that has become the source of his far-reaching influence.”  Memmi could, moreover, have been writing about Said himself, if it is messianism and Manicheanism that are in question.  Be that as it may, there was a time when Fanon and Memmi were paired together but that was no longer the case when, as I have said, Memmi first came to my attention around 1986.  Memmi was all of twenty-five years old when he published his novel, The Pillar of Salt (1954), which was introduced by none other than Albert Camus, who was then one of the dominant figures in French literature and would go on to win the Nobel Prize for Literature in 1957.  There Memmi outlines the contours of his inquiry into some of the principal social and political subjects—race, racism, colonization, domination, liminality, among many others—with which he would be concerned to the end of his life.  He wrote famously, “I am a Tunisian, but of French culture. I am Tunisian, but Jewish, which means that I am politically and socially an outcast. I speak the language of the country with a particular accent and emotionally I have nothing in common with Muslims. I am a Jew who has broken with the Jewish religion and the ghetto, is ignorant of Jewish culture and detests the middle class.”  Memmi lived throughout between cultures, between identities, between passions:  as he put it quite inimitably, “All of my work has been in sum an inventory of my attachments; all of my work has been, it should be understood, a constant revolt against my attachments.”  His support for the demand of an independent Palestinian homeland was accompanied by an unabashed embrace of left-wing Zionism—not a position that was calculated to earn the sympathy of Edward Said.

The Colonizer and the Colonized, the work for which he is I suspect best remembered, was introduced by yet another Nobel Laureate in Literature, Jean-Paul Sartre, then the reigning figure in French intellectual life. (I have no fetish for the Nobel Prize myself, but it is remarkable how many Nobel Laureates introduced Memmi’s work:  a new edition of the book in 2004, published by Earthscan, carries an additional introduction by Nadine Gordimer, the 1991 Nobel Laureate in Literature.) The twists and turns in his argument are too complex to entertain in this brief notice, but the book’s dedication to “the American Negro, also colonized,” remarkable as it is, also serves as a reminder that Memmi may have something to say to us about the national civil uprising that is taking place presently in the United States. Colonial racism, he argues, predicates itself on difference, on accentuating everything that separates the colonizer from the colonized:  that “gap must be kept from being filled” and the historical, geographical, or behavioral features which purportedly give rise to that gap in the first place are removed from time, history, “and therefore possible evolution.”  What is sociological is labeled “biological or, preferably, metaphysical” (pp. 71-72). 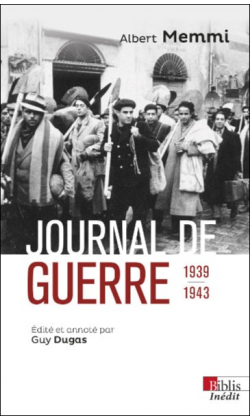 A later work, a very brief consideration of which moves me to conclude this note, points to everything that is so arresting in Memmi’s work.  Dominated Man (1968) is a collection of notes or sketches inspired by the desire to move, tentatively, towards a “general portrait of the oppressed”, an undertaking that he says he had sworn to abjure until he had “understood the majority of contemporary oppressed peoples”: if these are sketches, it is because “undoubtedly a large number remain to be heard.” As before, Memmi writes from the vantagepoint of someone who understands that he is placed within the ranks of both the colonizer and the colonized—though, as he says, when it comes to the oppression of “Woman”, “there are no two ways about it: I am a man and have set myself up to investigate the emancipation of woman.” (p. 141). In a collection woven around “various figures of the oppressed”, racism plays a predominant part—for, as Memmi puts it unequivocally, racism is “the symbol and the sum of all oppression.”  What was true in the mid-1980s for me is still true now:  though I do not see Memmi anywhere on the hundreds of “ten must read books on racism” lists circulating in learned magazines and the twitter world alike, it is time to turn to him.  That may be the best tribute to the recently departed Albert Memmi.