Most narratives of the place of India in the making of America have revolved around a few well-worn themes, commencing with Columbus’ landing in America and his egregious error in supposing that he had arrived in India.  The first truly great milestone in the received narrative touches upon the deep-seated interest in Indian philosophy shared by Henry David Thoreau and Ralph Waldo Emerson:  there is now a substantial interest in how India seeped into the thought and writings of the American Transcendentalists, and I myself wrote a Master’s thesis, which remains unpublished, on Emerson and Indian philosophy (Johns Hopkins University, 1982).  Those who are familiar with Thoreau, for instance, may recall the famous indeed inimitable lines in Walden about how the waters of Walden Pond seemed to merge with the waters of the Ganga:

In the morning I bathe my intellect in the stupendous and cosmogonal philosophy of the Bhagvat Geeta since whose composition years of the gods have elapsed, and in comparison with which our modern world and its literature seem puny and trivial; and I doubt if that philosophy is not to be referred to a previous state of existence, so remote is its sublimity from our conceptions. I lay down the book and go to my well for water, and lo! there I meet the servant of the Brahmin, priest of Brahma and Vishnu and Indra, who still sits in his temple on the Ganges reading the Vedas, or dwells at the root of a tree with his crust and water jug. I meet his servant come to draw water for his master, and our buckets as it were grate together in the same well. The pure Walden water is mingled with the sacred water of the Ganges. 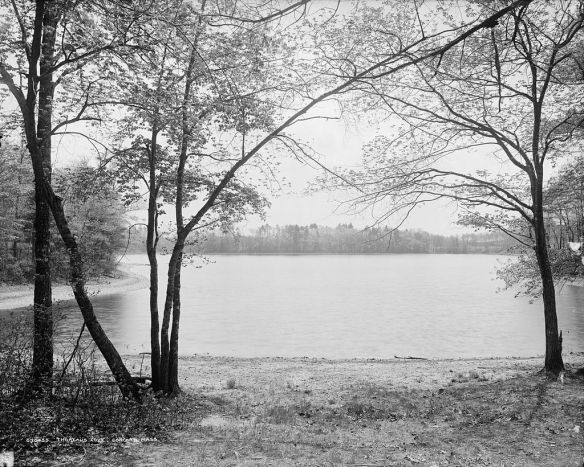 Thoreau would also dedicate the Tuesday chapter of A Week on the Concord and Merrimack Rivers largely to a discussion of a few Indian texts from he quoted copiously.  But in all this, he had been, in some respects, anticipated by his mentor (of sorts), Ralph Waldo Emerson—whose first engagement with the ‘idea of India’ may be seen in a long poem called Indian Superstition (1821), which the young student wrote when he was but seventeen years old, and who in his poem Brahma (1856, published in 1857) showed just how far Emerson had traveled in his understanding of Indian philosophy in the intervening 35 years.  But, to return to the main subject, after some tidbits here and there, whereby Hindu mysticism, yoga, and the interest in Sanskrit among some scholars are brought into the picture, and the origins of Indian immigration into the US around 1890 are identified, the narrative of India’s place in the making of the United States generally moves to the late 1950s and early 1960s, when Gandhi nearly became a household word in the United States after the embrace of his ideas of nonviolent resistance by Martin Luther King, Jr. and other stalwarts of the Civil Rights Movement.

The terrain covered by Jonathan Eacott in his meticulously detailed study, Selling Empire, enhances enormously our understanding of how India was configured in the American imagination and economy alike, though his ambition is yet greater as he seeks to place Indian within the global British imperial system.  The backdrop to his book is furnished by a more enhanced conception of the Atlantic world and a newfound interest in Indian Ocean studies; but there is also the stimulus of what these days are called “interconnected histories”.  Scholars of Britain’s possessions in America have seldom been concerned with the second British empire of which India, in the clichéd phrase, was the crown jewel; and, likewise, studies of British India have generally been written with indifference to what was transpiring in Britain’s empire in North America.  Curiously, the two figures who have on occasion surfaced in attempts to write an integrated narrative are altogether missing from Eacott’s study:  Elihu Yale, who amassed a fortune as the Governor of Madras (1684-92) before he was dismissed on charges of venality and went on to become the benefactor of a college that would eventually take his name, and Lord Cornwallis, who, if one had to put it cynically, seems to have been rewarded for his surrender to George Washington at Yorktown (1781) with the Governor-Generalship of India (1786-93). 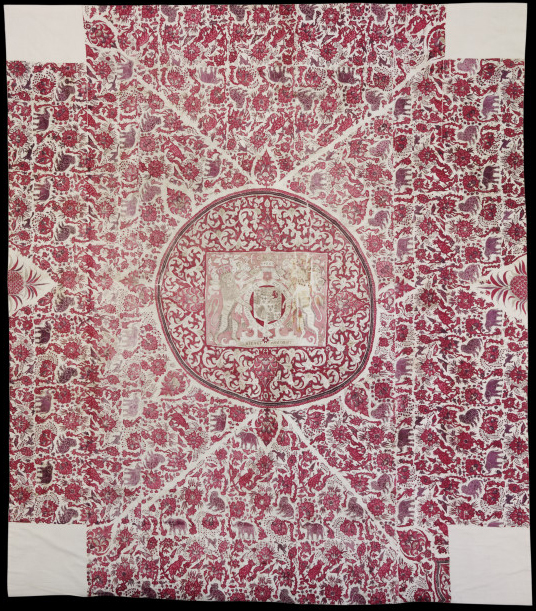 Eacott shifts the focus to the 17th and 18th centuries and his history might be described as revolving around two axes.  The question at the outset for traders, mercantilists, and financiers in Britain was:  Could America be a new India?  In what manner could one conceive of a triangular trade between India, Britain, and the American colonies in North America?  Eacott lavishes much attention on the trade in calicoes, and not only because of their immense popularity.  1750-75 banyan, painted & dyed, India (fabric). Designed for European market. 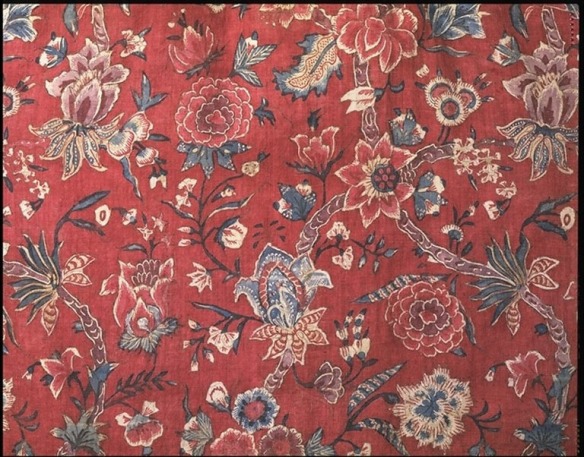 There was much expectation in Britain that eventually consumers in the Americas would support the East India Company and thus support the British empire and the metropole (London) through which everything was funneled.  However, Eacott by no means confines himself to this terrain of cotton, chintzes, calicoes, silk, and woolens:  tea and spices were much in demand both in Britain and North America, but, quite unexpectedly, so were umbrellas and the Indian hookah.  Perhaps a scholar with a greater sense of play, and not so rigidly bound to the idea of what constitutes scholarly work, a scholarly ‘monograph’, and the notion of ‘historical rigor’, may have done wonders with tea and the hookah.  There are precedents, if I may put it this way, both to Starbuck’s marketing of “chai” and the proliferation of hookah bars and restaurants in recent years in American cities. 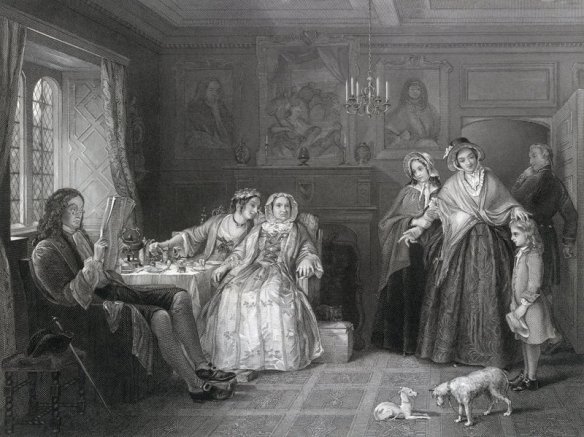 It is, however, Eacott’s discussion of the anxieties generated by ideas of the despotic and effeminate Orient that forms the most arresting part of his book.  Montesquieu is commonly seen as the originary point of European notions of ‘Oriental Despotism’, but the satirical play, Eastward Ho (1605), gave considerable expression to the idea of Asia, “with its great wealth,” as a “place of emasculating luxury” (p. 23).  India’s manufactures, an essay in the American Magazine and Historical Chronicle in 1744 proclaimed, displayed a “gaudy pride” and needed the sobering restraint of Protestant Britain (p. 165). The sensuous, profligate, and colorful Orient is never too far away from the idea of excess.  On both sides of the Atlantic, Eacott notes, reports of Company servants strutting around on horseback and accumulating fortunes “by every method of rapacity” circulated widely (p. 305).

In his unusual attentiveness, thus, to questions both of political economy and of the politics of representation, Eacott opens for historians new possibilities of linking Britain’s first empire to the British Raj.

For a translation into Portuguese of this article by Artur Weber and Adelina Domingos, see:  https://www.homeyou.com/~edu/triangulacao-do-comercio