There is almost nothing as fearful as a lawless state.  India is on the brink of being such a state, as the actions taken by the government to squash dissent against the Citizenship Amendment Act (CAA) so clearly demonstrate.  It is not “lawless” in the sense of being a political despotism, “empty of law” as India’s former colonial rulers characterized the supposed state of the country before they took the reins in hand.  India is on the verge of being “lawless” in the more unsettling and insidious sense of falling into a system of political authoritarianism where law itself is deployed to subvert both the spirit of law and the rule of law.

END_OF_DOCUMENT_TOKEN_TO_BE_REPLACED 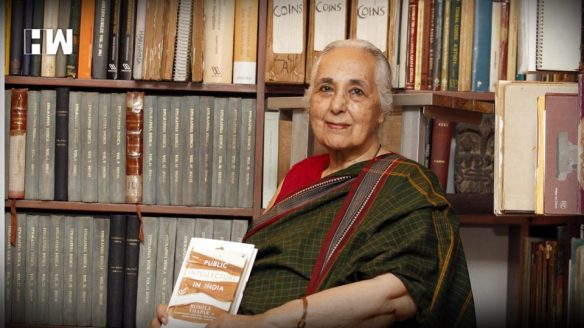 There has been much outrage expressed, and quite rightly so, over the action taken some days ago by the administration at Jawaharlal Nehru University (JNU) to ask Professor Emerita Romila Thapar for her CV to determine if she was still fit to hold that distinguished title which was conferred on her more than 25 years ago.  JNU has, since its inception, easily been one the country’s leading universities; and Professor Thapar, one can say with even greater certitude, has added more lustre to JNU than nearly anyone else in the humanities and social sciences, and that too over the course of half a century, including the 21 years that she was on its faculty from 1970-91.  Professor Thapar is recognized the world over for her scholarship on ancient Indian history, having earned accolades that most academics can only dream of, but in India she has also had an outsized presence as a prolific public intellectual.