A popular print of Dr. B. R. Ambedkar, chief architect of the Indian Constitution, and founder of Navayana Buddhism.

In his writings on Buddhism, Ambedkar drew overwhelmingly upon his understanding of the Indian past and the place of religion in it.  It is the historical specificity of Buddhism in India to which he was drawn when Ambedkar would make his final case for Buddhism and its attractiveness to Dalits.  There are a number of arguments that Ambedkar advances which it will suffice to mention.  First, his own research led him to the conclusion, which finds its most elaborate exposition in a book entitled The Untouchables: Who Were They and Why They Became Untouchables? (1948), that the Untouchables were ur-Buddhists or none other than the original Buddhists of India.  Secondly, and consequently, in converting to Buddhism, the Dalits would only be returning to their home.  We, in India, have heard in recent years of ghar wapsi, or the attempt to steer Muslims and Christians back to the Hindu fold from where they were allegedly enticed by clever proselytizers, but Ambedkar had something quite different in mind when he would counsel the Dalits to convert.  This was going to be a different form of ghar wapsi, the return, in myriad ways, to the warmth, security, and nourishment of the womb.  Thirdly, the very fact that the Hindu caste order had reduced the ur-Buddhists to the status of Untouchables pointed to the twin facts that Buddhism alone had offered resistance to Brahminism and had not succumbed to the hideous system of caste.  On Ambedkar’s reading, the “Four Noble Truths” that the Buddha had discovered, even as they constituted a set of precepts for humankind in general, held a specific and historically conditioned meaning for Dalits.  Too much has sometimes been made of Ambedkar’s embrace of Buddhism as a religion that came out of the soil of India, but there can be no doubt that in his mind Buddhism’s very constitutive being had been shaped by the experience of the lower castes.  Thus Buddhism alone could become a spiritual and political home for Dalits.

END_OF_DOCUMENT_TOKEN_TO_BE_REPLACED

Part I of Vivekananda and Uncle Sam:  Histories, Stories, Politics 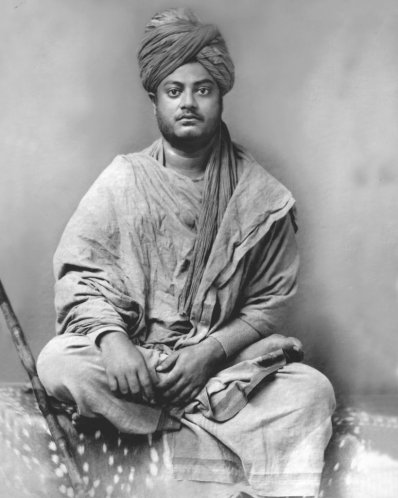 As India celebrates the 150th birth anniversary of Swami Vivekananda, the paramount place of his sojourns in the United States in giving shape to the most widely accepted views of this ‘son of India’ becomes all too apparent.  Much of what has been said and written about him is nearly akin to the puranic lore that is so deeply encrusted into the fabric of everyday life in India.  What might Vivekananda have been, one wonders, had he not commenced the first of his three speeches at the World Parliament of Religions in 1893 with those five words, ‘Brothers and Sisters of America’, which are said to have won him a standing ovation at that unusual gathering and, one hundred twenty years later, still win him the approbation of those who view him as the greatest emissary of Hinduism to the West?  Just what aspects of Vivekananda’s legacy have endured in the United States, and to what effect?

The history of Hinduism’s reception in the West has often been written with the assurance that the beginning is clearly marked by the convocation that is known as the World Parliament of Religions, certainly the first gathering of its kind when representatives of what were deemed, at least by the Parliament’s organizers, as the ten great world religions met to reflect both on the diversity and unity encompassed by ‘religion’.  In India the Parliament is chiefly remembered for the speech that launched Vivekananda on to the world stage, but in the United States it occupies a yet more significant place, though seldom recognized, in the intellectual history of the country.  The notion of ‘religious pluralism’, which in principle serves as the bedrock of American civil culture, was given its first substantive hearing at the World Parliament in 1893; similarly, the academic (and, to some extent, popular) study of comparative religion may, in some respects, be viewed as having originated in the immediate aftermath of the World Parliament.

What is indubitably certain is that when Vivekananda first arrived in the United States, almost nothing was known of Vedanta, Hinduism, or, more broadly conceived, Indian religions.  Perhaps it is apposite that he had to be ‘lost’ before he could be ‘found’–and this itself can be read in several registers–and Hinduism could be received in a country that is generally believed to hold its doors wide open for people of different faiths and beliefs:  arriving in Chicago a couple of days before the Parliament was to open, Vivekananda discovered that he had misplaced the address where he was to report.  It is said that he wandered about and finally fell asleep, hungry and tired, in an empty railway wagon.  On waking up the following morning, Vivekananda, in the manner of a Hindu fakir, started going from door to door in the hope of getting some nourishment for his empty stomach. But the sight of this swarthy and turbaned young man in orange robes alarmed the housewives of the neighborhoods through which he walked; however, a certain Mrs. Ellen Hale, who had read reports on the impending Parliament of Religions, surmised that Vivekananda was one of its delegates and welcomed him to her home.  In time, as many Indians have fondly believed, Vivekananda would repay the debt by furnishing spiritual nourishment to empty souls.

Returning, however, to the question of what was known about Hinduism in the US before the arrival of Swami Vivekananda, a few considerations come to mind.  American periodicals, such as the Christian Disciple and the Theological Review (1813-1823) and the North American Review, which commenced publication in 1815, had begun to carry occasional articles on Hindu customs and mores, and especially ‘Hindu idolatry’, but such pieces were invariably informed by an Orientalist outlook.  The understanding of Hinduism, if one can even call it that, was mediated, on the one hand, by Charles Grant’s highly influential A Poem on the Restoration of Learning in the East (1805) and, on the other hand, by the interest shown in the life and work of Rammohun Roy, the founder of the reformist and theistic movement known as the Brahmo Samaj.  The American Transcendentalists, Ralph Waldo Emerson and Henry David Thoreau in particular, had more than dabbled in some of the sacred books of the Hindus.  The young Emerson, not yet out of his teens, had made bold to interpret ‘Hindu theology’ in a lengthy poem, now known only to scholars, called Indian Superstition (1821).  Emerson’s then paltry knowledge of Hinduism may be surmised from his invocation of ‘the stern Bramin armed with plagues divine’ (l. 71), or of devotees engaged ‘in wild worship to mysterious powers’ (l. 47).  In time, Emerson would gravitate towards a considerably more complex, indeed sympathetic, view of Hinduism—as is suggested, for instance, by his poem ‘Brahma’, where the impress of the teachings of the Bhagavad Gita is clearly suggested.  His younger contemporary, Thoreau, entered into a wider engagement with Indian texts, and took copious notes from the Gita, the Upanishads, the Vishnu Purana, and the Manusmriti.  ‘In the morning’, Thoreau wrote of his experiences at Walden Pond, ‘I bathe my intellect in the stupendous and cosmogonal philosophy of the Bhagvat-Geeta, since whose composition years of the gods have elapsed, and in comparison with which our modern world and its literature seem puny and trivial; and I doubt if that philosophy is not to be referred to a previous state of existence, so remote is its sublimity from our conceptions.’  The Tuesday chapter of A Week on the Concord and Merrimack Rivers is given over to dense quotations from Thoreau’s favorite Hindu writings.

Thoreau was also doubtless the first person in the United States to describe himself as a yogi.  Yet, for all his mental peregrinations, he never travelled outside the United States; indeed, he confined himself to New England.  Thoreau was far from having ever seen an Indian, let alone a Hindu yogi; and many Indians have all but overlooked his remark that ‘no Hindoo tyranny prevailed at the framing of the world, but we are freemen of the universe, and not sentenced to any caste.’  There is nothing to suggest that, in the aftermath of Emerson and Thoreau’s reasonably sustained engagement with Indian philosophy, interest in the Vedas, Upanishads, the Gita, or Hindu myths was kindled among Americans.  To be sure, Sanskrit had made some inroads, howsoever slight, into the curriculum at a few of the principal American institutions of higher education.  Edward Elbridge Salisbury was installed as Professor of Sanskrit and Arabic at Yale University in 1841, and Salisbury would also go on to play a pivotal role in giving shape to the American Oriental Society, founded in 1842 as the first learned organization of its kind in the United States.  Yale would subsequently become home to William Dwight Whitney (1827-94), author of a widely used Sanskrit grammar (1879) and translator of the Atharva Veda.  By the late 1880s, Sanskrit was being taught at more than half a dozen American universities, among them Johns Hopkins, Harvard, Columbia, and Yale.  One might, with due diligence, summon a few other similar nuggets of American interest in India, and especially in Hinduism; but, viewed in totality, one is inescapably drawn to the conclusion that when Vivekananda arrived in Chicago as one of a handful of people charged with representing Hinduism to the American public and the wider world, Hinduism remained an utter novelty to Americans.  Certainly there would have been no one, whether among the public or even in the academy, to contest his readings of Hinduism or of Indian society more generally.

For a translation of this article into Portuguese by Artur Weber and Adelina Domingos, see:  https://www.homeyou.com/~edu/antes-de-vivekananda-vislumbres

For Laura Mancini’s Spanish translation of this article, see:  http://expereb.com/antes-de-vivekananda-vislumbres-de-espiritualidad-de-la-india-en-america-del-19o-siglo/

For a Polish translation by Marek Murawski, see:  http://fsu-university.com/czesc-i-vivekananda-i-uncle-sam-historie-opowiadania-polityka/

A Bulgarian translation by Zlatan Dimitrov is available here:  https://guideslib.com/publications/glimpses-of-indian-spirituality-in-19th-century-america/

Translated into Turkish by Zoltan Solak and available here.