Five decades after his death, Jawaharlal Nehru still generates passions among Indians who are animated by questions over the country’s future.  Writing from my perch in Los Angeles, I do not, for example, see anything remotely resembling the buzz about Nehru in American discussions about John F. Kennedy, another immensely charismatic leader of a democracy who was assassinated just months before Nehru passed away in 1964.  We could say, of course, that Nehru was a titan among men, and that unlike Kennedy, who occupied the American presidency for less than three years, Nehru held sway as independent India’s first Prime Minister for seventeen years.  If Amartya Sen is to be believed, it is the argumentative Indian in every Indian that keeps Nehru visible to the Indian public, loathed and perhaps admired in equal measure.

To a great many of his detractors, Nehru is easily pigeonholed as a somewhat effete, Oxbridge-educated quasi-dreamer whose indecisiveness, socialist leanings, and moral highhandedness cost India its place in the pantheon of world powers. The principal elements of this narrative are too well known to require more than the briefest mention.  His disposition towards centralized state planning is said to have kept India back for decades before the country, in the parlance of the free market cheerleaders, ‘opened’ itself up to the world:  thus the infamous ‘Hindu rate of growth’.  Even his defenders are constrained to admit that India’s record on various social fronts under Nehru is appalling, and one might summon the exceedingly slow advancement in improving literacy as a prominent instance of misplaced priorities, though it must also be said that India’s record in the 25 years since neo-liberalization policies were introduced has if anything been worse.

Nehru’s political failings are described by his critics as even greater.   How often have we not heard that he faltered badly in turning the Kashmir dispute over to the United Nations?  We have been incessantly reminded that his naive trust in the Chinese, embodied in the slogan ‘Hindi chini bhai bhai’ [Indians and Chinese are brothers], was repaid back with China’s invasion of India.  These criticisms are most often accompanied with jejune ramblings about how India would have long ago taken the world by storm had not fate unkindly intervened to remove India’s ‘Iron Man’, Sardar Patel, from the scene and thereby leave Nehru without a peer to question his dictatorial and yet highly confused exercise of authority.  (I wonder if it was the karma of nationalist Hindus that left them bereft of their leader, but we may leave that aside for the moment.)   Nehru’s defenders, on the other hand, appear to think that all they have to do is merely summon the fact that India has persisted as a democracy, a distinct achievement when we consider what has transpired in other countries that gained their independence from colonial powers.  His admirers naturally admit his record in this respect is far being unblemished:  Nehru agreed to the dismissal of the elected communist government of Kerala in 1959, and the take-over of Goa by the Indian government in December 1961, even if it was inspired by his distaste for the remnants of colonial rule in India, dent a huge hole in his reputation as an upholder of the rule of law.  Nevertheless, the singularity of Nehru’s achievement in making India abide by democratic norms has been all too often stressed by his defenders.

Newspaper headlines on the Chinese invasion of India 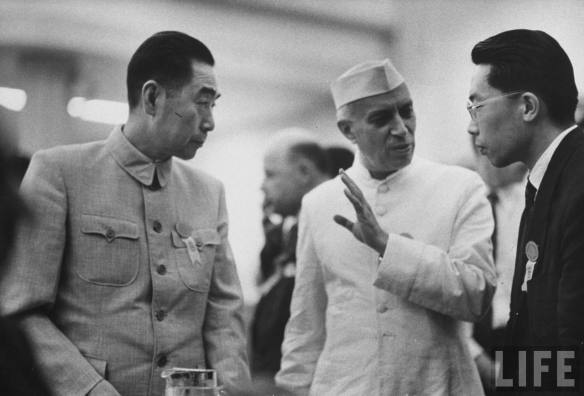 What, then, are we to make of Nehru?  Looking back at the twentieth century, there can be no doubt that in the aftermath of the conclusion of World War II, and in the period extending to the glorious defeat of the mightiest military force assembled in the world by the (as more than one European social theorist would say) puny and rice-eating Vietnamese, decolonization was the greatest political force in the world.  Most Western, and especially American, historians have not seen it this way, obsessed as they are with the Cold War. The Cold War impinged on decolonization as well, since the Soviet Union, itself a totalitarian regime without an iota of capacity for tolerating dissent, was keen on being seen as a champion of the struggles of third world peoples against their imperial oppressors.  The United States, on its part, consistently came down on the wrong side of nearly every anti-colonial struggle, either choosing to remain on the sidelines or, more often, supporting the most reactionary elements.  What must be said unequivocally about Nehru is that he played a critical role in supporting anti-colonial and decolonization movements throughout the world.  India’s support of the African National Congress under Nehru is perhaps only the most well-known instance of his principled support of resistance movements, but similar testimony has been furnished by other political leaders such as Julius Nyerere and Jomo Kenyatta.  His friendship with Paul Robeson, an African American artist of extraordinary gifts who was hounded by the country’s political elites, is unfathomable except on the premise that both shared a profound aspiration for the freedom of all colored peoples. 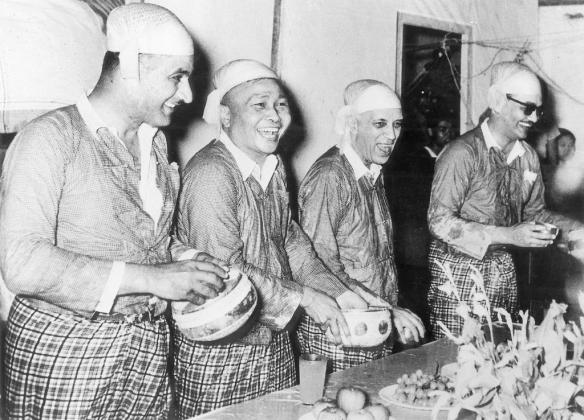 Colonel Gamal A. Nasser of Egypt (left), Burmese Prime Minister U Nu (2nd from left), Nehru (2nd from the right), and an aide to Nasser, Major Salah Salem, ushering in the Burmese New Year in traditional costume at Bandung, Indonesia, Aapril 1955. 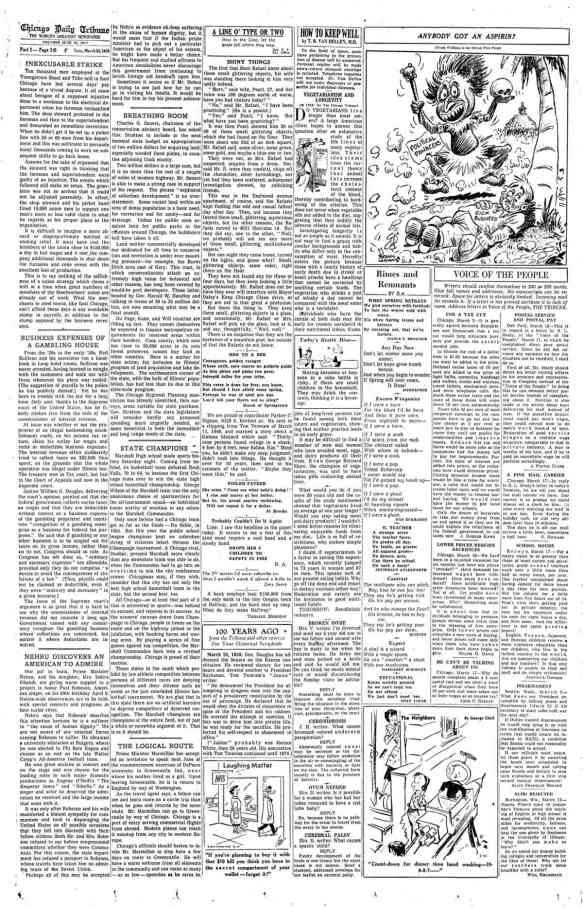 Nehru Discovers an American to Admire: an article in the Chicago Tribune, 25 November 1958 (bottom left corner), about the growing friendship of Robeson and Nehru

We have heard in recent years that Nehru nurtured not just democracy but diversity.  We might inquire what precisely that means:  India is nothing if not ‘diverse’, but how exactly is it that one nurtures diversity?  Does diversity increase if one nurtures it?  Those who are intolerant of minorities can justifiably be seen as not promoting ‘diversity’, but does the institution of multicultural policies, as in the United States, where the forces of homogenization are immense, lead to diversity?  Diversity’s advocates barely understand that today’s dictators are all required to undergo diversity appreciation courses.  One should say, rather, of Nehru that he was inspiringly ecumenical, but more than just a person of astonishingly wide reading and the proverbially insatiable curiosity of the polymath.  It is doubtful that a more ecumenical history of the world has ever been written than is contained in his Glimpses of World History (1934), a large collection of letters written by Nehru to his daughter Indira.  Letter 112 is almost apologetic about having given over more time and space to India than to other countries; and Letter 44 advises Indira that “we have the whole world to consider, and if a small part of it, even though it may be the part where we live, took up much of our time, we would never get on with the rest.”  Such ecumenism is not merely charming—it is a reminder of a cosmopolitanism that is still foreign to most people.  We have not yet begun to take the measure of the man known as Jawaharlal Nehru.

(Originally published as “The Measure of a Man” in the Sunday Times of India, 9 November 2014.)