New York’s former mayor, Rudolph W. Giuliani, dubbed by the adoring American media as “America’s mayor” after the events of September 11 cast him in the spotlight and even turned him into a hero in the eyes of many, has long had a habit of attempting to insert himself into the public sphere after his “retirement” and failed attempt to gain America’s presidency.  Giuliani was always known for his machismo rather than his intelligence, and it is not surprising that one of the many sinecures that came his way after he supposedly brought New York back on its feet—first by tackling crime on the city’s mean streets, acting tough with criminals, and then by showing terrorists that New Yorkers could not be cowed into submission by turning their twin towers into burning infernos—was as a consultant to various law enforcement agencies, in and outside the United States, on cultivating “zero tolerance” with respect to crime.  For Giuliani, as for many others who are habituated to the idea that certain human beings should be treated as a lower species, “zero tolerance” is produced not by tackling the social roots of crime—and “crime” is, needless to say, never the actions of Wall Street bankers who plunder the wealth of common people, or the backroom dealings that enable many of the country’s wealthiest people and corporations to evade taxes—but merely by packing the jails.

That Giuliani has always had “zero tolerance” for those who do not meet his exacting standards of patriotism has become amply clear with his latest pronouncement, relayed not surprisingly on Fox News, that President Barack Obama has never expressed love for the United States.   (If a man is known by the company he keeps, it is worth recalling that Fox News, Giuliani’s favorite news channel, in the aftermath of l’affaire Charlie Hebdo described the city of Birmingham as a “Muslim-only” city where non-Muslims could not go at all.  Even David Cameron, scarcely the champion of liberal views or the model of perspicacious reasoning, could not restrain himself from describing Fox News’ anchors as “idiots”.)  “I do not believe, and I know this is a horrible thing to say,” Giuliani told a dinner meeting of business executives, “but I do not believe that the president loves America.  He doesn’t love you.  And he doesn’t love me.  He wasn’t brought up the way you were brought up and I was brought up through love of this country.”  Giuliani has now elaborated his views in an op-ed piece for the Wall Street Journal, but one need not bother oneself excessively with his words of explanation.  Giuliani avers that he did not mean to question Obama’s “motives or the content of his heart”, and that he only sought to convey his feeling that Obama’s words and actions have often had the effect of lowering the morale of Americans.  It is surprising, indeed, that Giuliani concedes that Obama has a heart; some, myself included, have wondered whether the same could be said of Giuliani.  “America’s mayor” claims that he only seeks to open a national conversation on this question, though it sounds very much like a national conversation, which quite animated some Americans, on whether Barack Hussain Obama could really claim to have been born in the United States. 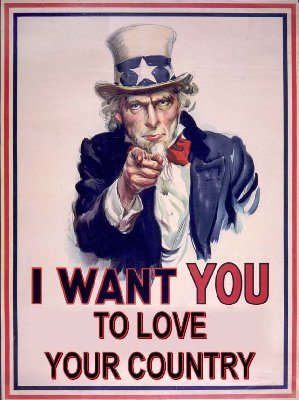 Giuliani challenged the media to furnish examples of Obama’s unqualified love for his country—a challenge that the gallant New York Times found irresistible.  This weighty newspaper, in a piece entitled “Criticism Aside, Obama Has Stated Love for U.S.” (February 23), defends Obama with chapter and verse from his numerous speeches.  When Obama was but a presidential candidate in 2008, he confided to his audience:  “I also know how much I love America.”  At the Democratic National Convention that same year, Obama told the wildly cheering crowd, “I love this country, and so do you, and so does John McCain.”  Moreover, as the New York Times reminds its readers, Obama’s love for his fellow countrymen and women appears not to have diminished a jot even after the first difficult years of his presidency, since in 2011 at a town-hall meeting in Illinois he sought to explain to his audience “why I love this country so much.”  Obama could well be forgiven if, in this love-drenched environment, he might have not quite mustered the will or ability to love Rudolph the red-necked moose.

The question, one that can barely be contemplated in America, is not whether Obama loves his country enough, but whether he loves it too much.  There is a strand of thought associated with the sentiment voiced by Samuel Johnson, “Patriotism is the last refuge of a scoundrel.”  Assuming, however, that most people do love their country, and that Americans are no more exceptional in this respect than any other people, and assuming as well that most people will be inclined to see some measure of patriotism as both desirable and reasonable, let us grant that patriotism may in itself not be an unhealthy sentiment.  Even the most hardened critics of their country are likely to succumb to patriotism, and the recent events surrounding the killings of French cartoonists have amply demonstrated how quickly people are ready to circle the wagons and fall back upon patriotism.  However, the patriotism of Giuliani demands something else, something much more stringent than mere affection for one’s country.  “I don’t hear from him”, complained Giuliani about Obama, “what I heard from Harry Truman, what I heard from Bill Clinton, what I heard from Jimmy Carter, which is these wonderful words about what a great country we are, what an exceptional country we are.”  Lest Giuliani, now a staunch Republican, should be accused of pillorying a Democratic President, he makes it a point to invoke the patriotism of three Democratic presidents.

So, as has happened so often in American history, the affirmation of America’s greatness and its exceptionality itself becomes a necessary condition for being considered a true-blooded American.  That Obama has, sadly, passed Giuliani’s stringent test all too often is not something that would interest much less confound Giuliani, since falsehood and deception are intrinsically part of his being.  Obama has repeatedly and with evident conviction described the United States as “the greatest democratic, economic, and military force for freedom and human dignity the world has ever known”; this piece of pompous and offensive banality is only exceeded by his pronouncement, “I believe in American exceptionalism with every fiber of my being.”  Not unlikely, such of Obama’s defenders who might still cringe at this shameless exhibition of American exceptionalism will almost certainly point out that the latter remarks were uttered at the commencement ceremony of the United States Military Academy and must only be viewed as a tactical attempt by the president to engage the country’s brightest young soldiers.  It is Obama’s predecessors, Bill Clinton and George Bush, who called America the world’s “one dispensable nation”, but it is Obama who has made this phrase his signature line.  “America remains”, so stated Obama in his State of the Union address in 2012, “the one indispensable nation in world affairs”, a sentiment reaffirmed in precisely the same language—“So the United States is and remains the one indispensable nation.  That has been true for the century passed and it will be true for the century to come”—and with almost defiant conviction at the aforementioned US Military Academy commencement ceremony. 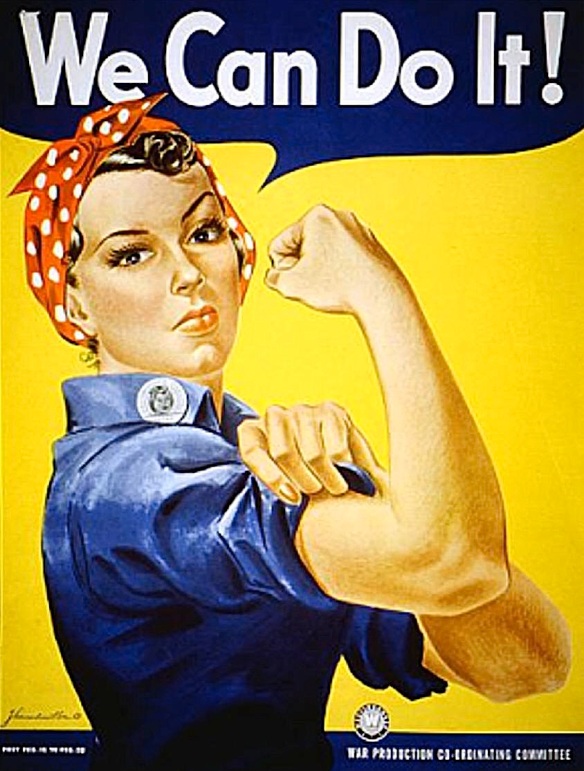 Let us not merely console ourselves with the thought that hubris has brought down many countries and empires and that the United States will not be spared by history either.  The calamitous consequences of American exceptionalism will have to be borne by others.  We may also bemoan the fact that the illusory difference between Democrats and Republicans has been the bedrock of what passes for politics in the United States.  Both these trajectories of thought must be pursued at greater length by those keen on seeding the grounds for a much richer conception of politics and ecumenical futures.  In the meantime, however, it is worth asking whether there may be yet other modes besides pity, contempt, and condescension with which to question the scandalous patriotism of public figures or contemplate the vexed question of love for one’s country.  In closing, I am reminded of these hauntingly moving lines by the twelfth-century Saxon writer on mystical theology, Hugo of St. Victor:  “It is, therefore, a source of great virtue for the practiced mind to learn, bit by bit, first to change about invisible and transitory things, so that afterwards it may be able to leave them behind altogether.  The man who finds his homeland sweet is still a tender beginner; he to whom every soil is as his native one is already strong; but he is perfect to whom the entire world is as a foreign land.  The tender soul has fixed his love on one spot in the world; the strong man has extended his love to all places; the perfect man has extinguished his.”

Join 818 other followers
Follow Lal Salaam: A Blog by Vinay Lal on WordPress.com