Part II of Dispossession, Despair, and Defiance:  70 Years of the Palestinian Naqba

The village in western Galilee where Mahmud Darwish was born was razed by Israel’s armed forces after the Jewish state came into existence and he lived, as many Palestinians have, in exile for the greater part of his life.  That displacement, occupation, and exodus is now seared into the memory of Palestinians as the nakba, ‘catastrophe’.  The Palestinians have today become the diasporic people that the Jews once were—that may be one of the more ironic elements of this convoluted narrative of displacement after displacement.  Jews in the twentieth century, facing not just another around of pogroms and anti-Semitism, but the prospect of their absolute elimination from lands where they had been often lodged in ghettoes and yet also integrated to varying degrees, resolved to ameliorate the historical conditions of their distress by dislodging the Palestinians from their ancestral homeland.  “My roots”, says Darwish, “were entrenched before the birth of time”.  But, of course, all three Abrahamic faiths claim Palestine as their ‘holy land’:  that, too, has perhaps brought the conflict into a wider public domain.  Thus, even as the conflict revolves centrally around the dialectic of displacement and home, one is compelled to probe further the meaning of home and equally of homelessness.  Now that the Jews claim to have been restored to their ancestral homeland, and have as a consequence defied the design of history which for centuries seemed to have bound their very identity to the condition of diasporic rootlessness, can we say that they are properly ‘at home’?  What is a home that is gained, some would say, at the expense of another’s home?  One may be at home and yet find that the home that one craved for repels as much as it attracts. 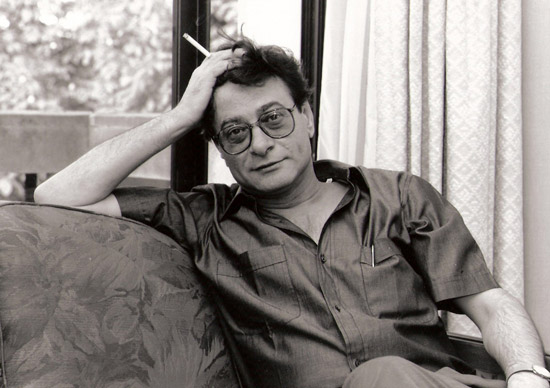 Beyond all this, the conflict over Palestine disturbs even those who may be indisposed towards Palestinians, Arabs, or Muslims because it presents harrowing images of the enormous disequilibrium of power between Israel and the Palestinians.  That disequilibrium of power has sharpened over the years, widening to an enormous gulf in the last two decades; but it was present at the outset, since the migration of Jews into Palestine in the 1930s, which began to alter the demographic composition of Palestine, and subsequently the very foundation of the Jewish state of Israel, were both facilitated by British arms.  Then, as now, the Palestinians were left to fend for themselves.  In the most recent round of protests, in anticipation of the 70th anniversary of the creation of Israel as well as the relocation of the United States Embassy to Jerusalem, this immense chasm between Israel and Palestinian protestors has yet again been glaringly evident.  While Israeli soldiers snuff out Palestinian lives at will, deploying the arsenal that a well-armed nation-state can draw upon, Palestinians can only respond with burning tires, sling shots, and other contrivances that suggest extraordinary ingenuity on their part as much an awareness that the odds are stacked against them. 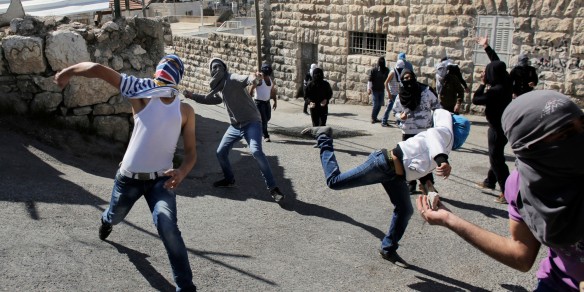 Naturally, Israel contests any such representation of the conflict, pointing to the frequent rocket attacks against the Jewish state launched by Hamas, or even to the stalemate forced by Hezbollah in Lebanon in 2006, to suggest that it is not the invincible military machine that it is made out to be by its detractors around the world.  Lately, under Netanyahu, the swagger with which Israel acts has intensified, but even now, after repulsing one contingent of Palestinian demonstrators after another determined to breach the fenced border between Gaza and Israel, the claim that Israel remains forever vulnerable to attacks by Hamas or young men who have been initiated into violence not simply persists but has become the linchpin of Israeli self-aggrandizement.  After the humiliating defeat of the Americans by the rice-eating Vietnamese, a possibility that would have shocked Montesquieu and many other proponents of the idea that the world might reasonably be divided into consumers of wheat, potatoes, and rice, each set of people marked by indelible signs of manliness or effeminacy, there is certainly reason to believe that sheer technological prowess does not necessarily confer victory.  Nevertheless, as I have already argued, there is no gainsaying the fact that the conflict presents a hugely disproportionate allocation of technological resources, pitting Israel’s advanced fighter jets against the stone-throwing boys who perhaps gave the intifada its most enduring image.

If all this were not enough to lend the conflict between Israel and the Palestinians a particular poignancy, the occupation of the Palestinian territories, now having crossed the five decade mark, is nearly singular in its length, intensity, and normalization of the experience of humiliation.  Numerous political manifestos, not only those issued by the leaders of al-Qaeda, have called for the liberation of various Muslim lands now under the ‘occupation’ of the infidel, and Palestine, Kashmir, Bosnia, and Chechnya have been mentioned in the same breath by those who argue that there is a global ‘war on Islam’, but there is little question that these struggles for self-determination are far from being similar.  Portions of India, not just Kashmir, are in fact among the most militarized zones in the world, and the inhabitants of the Kashmir Valley have not infrequently had to live under curfew.  The Kashmir Valley has certainly seen its share of strikes, lockdowns, ‘disappearances’, house-to-house searches, police brutality, and other forms of intimidation of common people by the state and non-state actors alike, but it is doubtful that daily life at all presents the humiliations and dangers that are now terrifyingly common in the Palestinian territories.  The distinguished scholar of Indian languages, literatures, and religions at the Hebrew University of Jerusalem, David Shulman, who is also an activist in the ranks of Ta‘ayush, an Arab-Jewish Partnership, states candidly in the introduction to his chronicle of peace activism that “Israel’s occupation of Palestinian territories is unacceptable, illegal, and ultimately self-destructive.  Yet I am not one of those who think that what has happened here is entirely our fault.  The ‘other side’, as it is called, is also staggering under a burden of folly and crime.  Neither side has a monopoly on right or, for that matter, wrong. There is much harshness and suffering everywhere” [Dark Hope:  Working for Peace in Israel and Palestine (Chicago:  The University of Chicago Press, 2007)].

But Shulman, shaped perhaps by his reading of the Hebrew scriptures, the Koran, and myriad Indian religious texts, and recognizing that the onus lies on the stronger side to take the bolder initiatives and show the generosity without which strength is revealed to be merely brute force, is constrained to admit that over the last four decades, “destructive elements [in Israeli society] have found a haven, complete with ideological legitimation, within the settlement enterprise.” These individuals “have, in effect, unfettered freedom to terrorize the local Palestinian population; to attack, shoot, injure, sometimes kill—all in the name of the alleged sanctity of the land and of the Jews’ exclusive right to it.”  The book itself catalogues, sometimes in chilling detail, the crimes of the settlers and their state sponsors: one is not likely to forget soon the account of the rat poison scattered over Palestinian fields, with an aim all too clear:  “to kill the herds of goat and sheep, the backbone of the cave dwellers’ subsistence economy in this harsh terrain, and thus to force them off the land.”

For a translation of this article into Norwegian by Lars Olden, see:  http://prosciencescope.com/del-ii-av-vising-fortvilelse-og-defiance-70-ar-av-palestinske-naqba/

4 thoughts on “*A Vastly Unequal Struggle: Palestine, Israel, & the Disequilibrium of Power”