It is indubitably the case that the five-month long, and still continuing, protest in Hong Kong over China’s attempt to subvert the so-called ‘one nation two systems’ mode of governance and subvert democratic norms constitutes a comparatively new if still uncertain chapter in the global history of civil resistance.  The world has been rather slow in coming to a realization of the extraordinary implications of a movement that cannot really be associated with anyone who might be termed a widely accepted leader, is fundamentally hydra-headed or anarchic in impulse, and, notwithstanding both immense provocations from the state as well as occasional lapses into violence on the part of some demonstrators, has remained overwhelmingly nonviolent.

By “anarchy” I signify not the absence of law and order but rather, as in the original meaning of the term, the radical devolution of power.  Though the outcome of this revolt cannot be predicted, its reverberations will be felt for years to come—and not only in Hong Kong or China.  The histories of nonviolent and civil resistance will have to add a hefty chapter to the existing narrative.  There are salutary lessons in this revolt for those who are seeking to find avenues to resist oppressive state measures, just as, I suspect, states everywhere are looking at what is transpiring in Hong Kong with fear and concern.  Their apprehension arises from China’s puzzling failure, as it appears to them, to have suppressed the revolt.  It is not that China balks at the brute exercise of power.  There is Tiananmen Square to remind rebels of the fate that is likely in store for them:  hundreds, perhaps thousands, of Chinese were killed and disappeared in that crackdown. The Chinese have herded a million Muslims in the Xinjiang autonomous region into so-called “re-education” camps that critics are terming concentration camps.  China relentlessly hunts down dissenters, wherever they may be, and it has spared no effort in bullying other countries to hand over political asylum seekers. Whatever “Asian values” it may seem to embody in its better moments, few and far between these days, China is ruthless in its suppression of dissent and in its insistence on the imperative to maintain “law and order”. 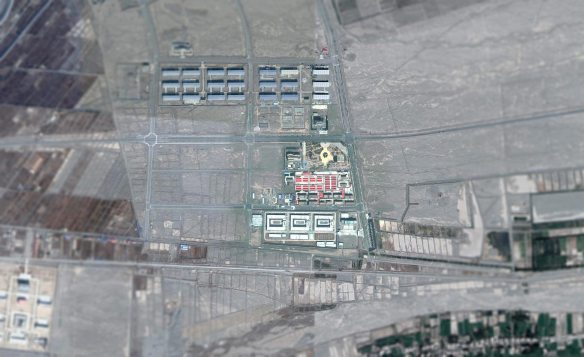 The question why China has not acted decisively thus far in the suppression of the revolt in Hong Kong is of far more than academic importance.  The view of the economists is that China can ill-afford to antagonize other countries, particularly Western powers, at a time when the economic slowdown in China is pronounced. Hong Kong represents one of the world’s largest financial markets, with a stock exchange that is larger than London, and China may be astute in not wanting to do anything that jeopardizes its own stock markets. We need not elaborate on the ongoing war between China and the US over tariffs.  But economists are nothing if not reductionists, and it is certainly a fallacy to believe that rationality guides most economic conduct.

Another pervasive argument is that China has for decades wanted to position itself as a responsible world power and that it is hesitant to take steps that might undermine its credibility.  This kind of thinking emanates, not surprisingly, from the hubris of Western powers who somehow think that they have been models of “responsible” conduct.  The United States, of course, leads this pack of wolves—and to think that it supposes it has been a “responsible” world power!  If as a responsible power it has waged several illegal wars, raided countries, engineered coups to overthrow democratically elected governments, supported dictatorships, and sabotaged many international agreements, one can only speculate with trembling fear what it might do as an irresponsible power.  There may, perhaps, be something to the argument that rash action taken in Hong Kong could have adverse consequences for China’s bid to put to rest the long-standing rift with Taiwan and absorb it into the People’s Republic.

What if, however, China’s reluctance to take decisive steps to put a halt to the revolt in Hong Kong stems from the inability of the Chinese government to understand the nature of the resistance movement?  States know precisely how to counter violence, but nonviolent movements are known to baffle and disarm the opponent.  The present movement has its antecedents in the Umbrella Movement of 2014, which commenced with the demand for more transparent elections and throughout retained an essentially nonviolent character.  The protests of 2019 have already outlasted the previous demonstrations and are, in intensity, scope, and gravitas of an altogether different magnitude.  On a single Sunday afternoon last month, nearly two million people are said to have gathered in protest at the city’s Victoria Park.

The protests began with opposition to an extradition bill but, in the preceding months, the demands have not only multiplied but have become diffused in the most unexpected ways.  The demonstrators have asked for fundamental reforms in how elections are conducted and in the democratic process as a whole.  They have also demanded amnesty for all political prisoners.  But, more unusually, they have also insisted that the large-scale protest on June 12, the day when the bill was scheduled for a second reading in the legislature, should not be characterized as a “riot”.  To some officials this may appear as a rather opaque demand, but it would be no surprise, for instance, to a student of colonialism who is well aware of the fact that the colonial state constantly endeavored to reduce political protests to ordinary crimes.

There is much else in the protests that has left the functionaries of the state clueless about how to tackle this rebellion and its “instigators”—that is, if there are instigators, since one of the more remarkable features of the movement is the fluid manner in which the organic impulse to demand and protect freedoms has been conjoined to grass-roots level organization and coordination.  The demonstrators have displayed astonishing ingenuity in responding to state provocations and have come up with an arsenal of innovative tactics to defang the repressive status apparatus. Tear gas canisters have been extinguished with water bottles; traffic cones have been used to snuff out the gas before it spreads.  Using elementary hand signaling systems, protestors have conveyed messages down long human supply chains to warn of impending police activity. All this is really, pardon the cliché, the tip of the iceberg:  what we have in Hong Kong is the semiotics of a new architecture of mass-scale nonviolent street protest.  Political rebels with ambitions to craft resistance movements built from the ground up would be well advised to give serious study to the Hong Kong protests.

Protesters in Hong Kong have been using traffic cones to counter tear gas. (Photo on the left by Antony Dapiran; image (screengrab) on the right by Alex Hofford).  Source: https://observers.france24.com/en/20190805-hong-kong-traffic-cones-shield-against-tear-gas

The questions that emerge from this riveting demonstration of the power of the people would have been critically important at any time, but take on even greater significance at this unusual juncture of history.  Nearly all over the world, established as well as younger democracies are under assault.  Some would like to characterize the period as one of “strong men”:  Narendra Modi, Donald Trump, Recep Erdogan, Jair Bolsonaro, Viktor Orban, Benjamin Netanyahu, and Rody Duterte come to mind.  And then there is Xi Jinping, who has eliminated term limits for the President and effectively installed himself as President of the People’s Republic of China for life.  Xi has no use for Mao’s baggy trousers or worklike uniforms and dons himself in crisp suits, and could easily be confused with the tens of thousands of people who constitute the technocratic managerial elite.  He even fancies himself as some kind of intellectual successor to Mao, peddling “Xi Jinping Thought” to party faithfuls and school children.  (A previous generation of students of politics and philosophy might remember “Gonzalo Thought”, named after the supposed new theoretical construction of Marxism, Leninism, and Maoism by Abimael Guzman [aka Chairman Gonzalo], the leader of the insurrectionary group Shining Path who has been serving a life sentence on charges of terrorism since 1992.) It is perhaps apt that the word ‘populism’ has been used to describe the political culture of our times, even if fewer commentators have paused to delineate the specific features of this populism. At this rate, there will be little left in a few years to distinguish between (most) democracies and authoritarian states.

The possibilities of dissent have, then, diminished greatly in most countries.  Earlier generations of nonviolent activists and civil resisters were able to deploy the media to great effect; publicity was their oxygen. It might even be argued that strategies such as those of “filling the jail”, whether in Gandhi’s India or Jim Crow South in the 1960s, were partly born out of the awareness that such actions were calculated to arouse the interest of the press. (One should be wary of abiding too readily by such a view, more particularly because the likes of Gandhi, King, James Lawson, Mandela, Walter Sisulu, Ahmed Kathrada, and too many others to recount in these struggles were rigorous critics of the notion of instrumental rationality.) The critic may point out that the media is, if anything, even more widely available to nonviolent activists today.  That is far from being the case:  the state everywhere has shown remarkable tenacity, will, and power to commandeer the media, in all its forms, to its own ends, and moreover in this era truth, which is intrinsically tied to notions of nonviolence, is the first casualty.  Hong Kong has gifted us not only a new architecture of street protest, the first one of its kind in the post-truth era, but also crucially alerted us to the fact that the question of dissent will be the paramount question of our times.

(This is a slightly modified form of the piece first published at ABP [abplive.in] September 14 as “Hong Kong and the New Architecture of Protest”.)

For a French translation of this article by Laura Beoschat, see this: http://laurabeoschat.fr/hong-kong-et-la-nouvelle-architecture-de-la-rue.html

For a Bengali translation of the ABP version of this article, click here.

For a Hindi translation of the ABP version of this article, click here.

For a Marathi translation of the ABP version of this article, click here.]

For a Gujarati translation oft the AbP version of this article, click here.]